SCOTTSDALE, Ariz., Sept. 19, 2022 /PRNewswire/ -- The Joint Corp. (NASDAQ: JYNT), the nation's largest provider of chiropractic care through The Joint Chiropractic® network, announces a sponsorship agreement with Wofford College in Spartanburg, SC. The brand has been named the Official Chiropractor of Wofford College Athletics, for a three-year term, through June 2025. 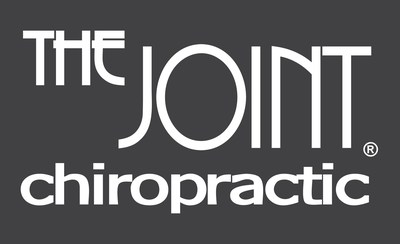 "The Joint Chiropractic is pleased to be named the Official Chiropractor of Wofford College Athletics," said Peter D. Holt, president and CEO of The Joint Corp. "Known to provide a superior liberal arts education that prepares its students for extraordinary and positive contributions to a global society, The Joint is privileged to sponsor Wofford's women and men student athletes as the Terriers compete in the NCAA Division I."

The Joint Chiropractic is known for its convenient retail setting and concierge-style services. For patients, that means no-appointments, no-insurance hassles, affordable chiropractic care and accommodating hours of operations, including evenings and weekends. As the nation's largest network of chiropractors, The Joint is committed to supporting athletic performance at the highest levels - from collegiate to professional – in the pursuit of sporting excellence.

"We are excited to have The Joint Chiropractic become a sponsor of Wofford College athletics," said Elizabeth Rabb, deputy athletic director Wofford College. "Support from the community goes a long way in helping our teams and student-athletes reach their full potential, both on the field of play and in the classroom. We appreciate the support of The Joint Chiropractic!"

There are two The Joint locations in Spartanburg. One is located at 127 E. Blackstock Road. A second clinic is coming soon and will be located at 1905 E. Main Street.

The Joint Chiropractic is the official chiropractic partner of 10 athletic programs from coast to coast. For more information about chiropractic for sports and fitness, or to learn more about our partnerships, visit thejoint.com/sports-and-fitness. Watch our latest patient testimonial to discover the benefits of chiropractic care for everyday athletes at https://youtu.be/47mP7CXGBrM.

About Wofford College Athletics
Wofford's athletic teams, known as the Terriers, compete in the Southern Conference in the NCAA Division I. Wofford has 18 men's and women's varsity programs.